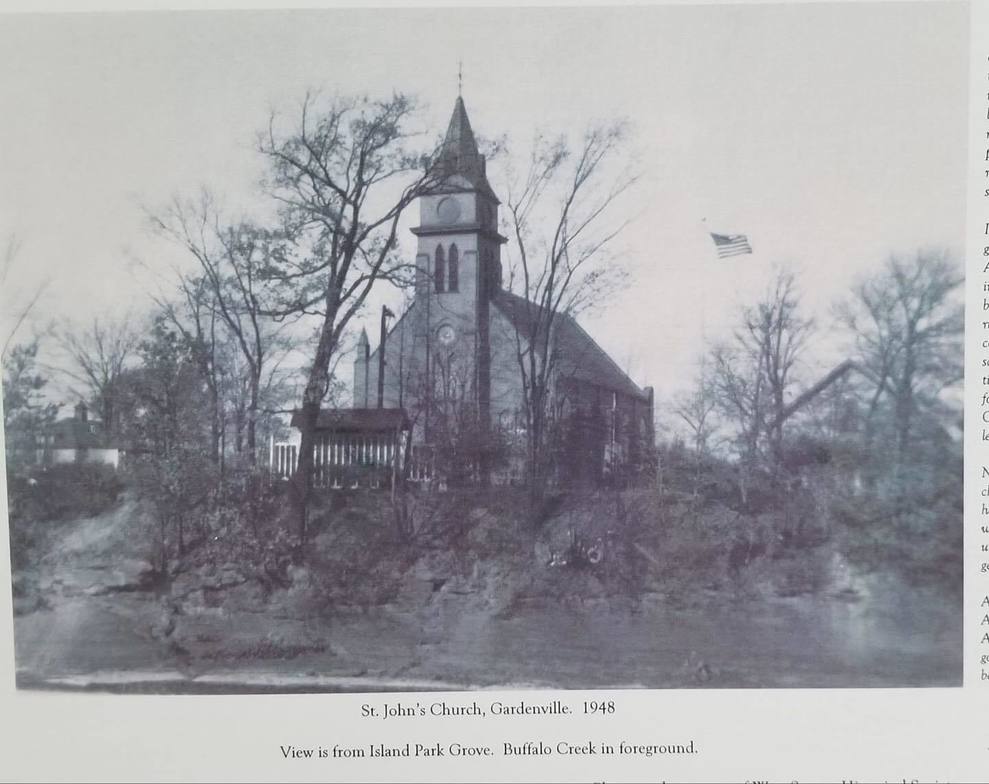 On August 21, 1864 a group of about 40 people gathered for the purpose of organizing a church. They worked for several weeks drafting a constitution which was presented and accepted on September 4th; and so on that date over 150 years ago, “The Evangelical Lutheran St. John’s Church
of Middle Ebenezer” was founded.

Our physical campus has been at Clinton and Union since 1869 when the founders purchased land on both  sides of the Bufalo Creek. That same year, land on the South side of the creek was dedicated as a cemetery and the first church building, a wooden “small-frame” structure, was erected on the North side.

This was outgrown and replaced by a “more substantial” structure in 1913. The congregation continued to grow, adding the current Parrish Hall in 1954 and then the Educational Building in 1958.

After nearly 100 years structural problems in the 1913 building created an opportunity to build the current accessible and beautiful sanctuary we dedicated in February of 2012.

Our congregational story is one of dedicated and active service following the call of Jesus Christ. Our outreach ministry has a tradition of caring for those in need, for immigrants and refugees, and for the sick and sufering.

Welcome to our continuing journey!

Subscribe to receive email updates with the latest news.